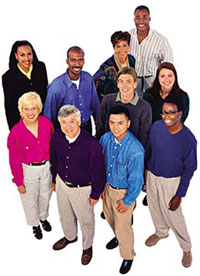 The Team meets once a month for an hour. Since the time meeting began, various speakers have presented at meetings, including Max Cardenas, Iowa Project Director for the Center for New Community and the Team has assisted with diverse events sponsored by the city, NIACC and area groups.

In September 1999, the Team worked with city staff, local businesses and community leaders to organize “Strengthening Our Community”, a town meeting to discuss immigration and refugee relocation issues. Wayne Johnson and Faulang Bacaam of the Iowa Bureau of Refuge Services presented.

The North Iowa Diversity Appreciation Team has worked to increase membership on local and regional levels. Information gathered through the 1998 Diversity Surveys was used to identify local needs and areas of interest. 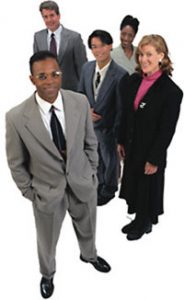 Mason City Diversity Letters to the editor of the Globe Gazette have been submitted by Team members and discussions held regarding a regular monthly diversity spotlight.

May 2000 was transition time for the original leadership team. An executive committee was created and met several times during the spring of 2000 to prepare a presentation to the Mason City City Council and to identify priority projects.

On October 26, 2000, the Team received the Governor’s Volunteer Award for outstanding service to the State of Iowa.

Beginning November 2000, NIDAT sponsored a series of community suppers as an occasion to bring diverse people together for fellowship, dialogue, education and building community spirit around the issue of diversity. A grant was secured for NIDAT to continue this work.

The North Iowa Diversity Appreciation Team now focuses on holding Diversity events throughout the year. An “Ethnic Lunch by Central Park” is held in September of each year. An Art/Essay contest is held with the Mason City schools for Black History month. An award ceremony is held in February to celebrate Black History Month.